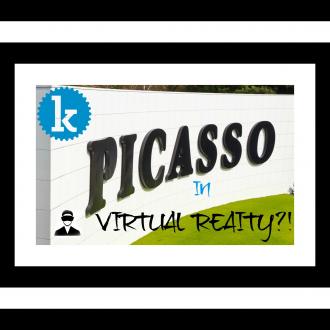 We know you have thought about it.

How amazing would it be to really see Pablo Picasso’s artwork in person? To really get down & dirty with it? Well, this dream is soon to become a reality. More like a virtual reality! Thanks to an ongoing project by scholars at the University of South Florida (USF) Center for Virtualization & Applied Spatial Technologies, Picasso’s vision for this 102ft tall public monument will be realized! 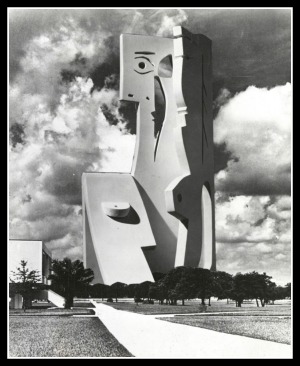 Virtual reality(VR) has taken the world by storm! In case you haven't heard of it yet. VR is a computer-generated scenario that simulates real world & life-like experience. Currently, virtual reality is typically used with a headset or multi-projector. VR uses a combination of props to generate realistic images, sounds, and other sensations to make the experience as real as possible for the user. The user is able to look around, move around, and interact virtually.


'Bust of a woman' would have been the tallest concrete sculpture in the world, had it been built as planned in 1971. It was originally designed for a museum in Sweden. Needless to say, those plans fell through. Picasso agreed to donate the project to USF. Just one day following his death, the State Board of Regents had planned to bring the project back to life and erect the sculpture on school grounds. It would have been built next to Paul Rudolph’s brutalist building on campus. Due to expenses and ground stability with hurricane winds, the plan was put to rest. Again! 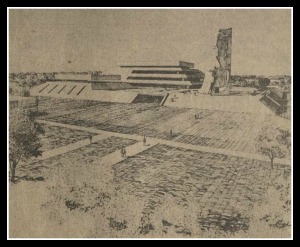 Finally, Kamila Oles (art historian) & Lukasz Banaszek (landscape archaeologist) are bringing the plan back to life! They gathered research, three-dimensional scans of the bust, and digital blueprints of the USF campus. They are documenting everything they do and will release it to the public in an open-access eBook later this year. In attempts allow users to experience this as intended, the Virtual Reality project will be available to the public online and in apps. The users will get to digitally walk through the campus and experience Picasso's giant sculpture in context. Oles plans for Picasso’s 15 other sculptures are next!

“We have created a virtual model that allows users to view and interact with the ‘Bust of a Woman’ in a digital space; they will be able to admire Picasso’s sculpture and the entire complex.”      -Oles