Where Do the Arts Stand in University Education? 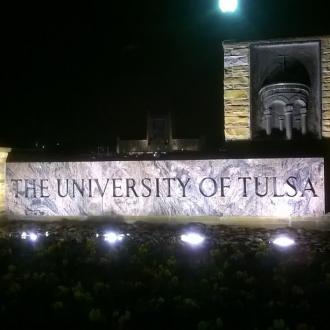 Universities across the United States are preparing themselves to react to changes in enrollment and in the job market. The University of Tulsa made national headlines when it rolled out a massive plan of restructuring for the university, titled True Commitment. Within this plan, programs in the Arts and Sciences department such as Theater and Music Performance fell on the chopping block. Though the cuts are not exclusive to this department (even a few law school programs found themselves on the list of cuts), a large percentage of programs to be cut are a part of this department. Furthermore, no members of the Arts and Science faculty were included in the 10-month period that preceded the plan’s finalization. The Arts and Sciences department houses liberal arts, the humanities, literature, and foreign languages to name a few.

True Commitment aims to focus TU more closely on majors that yield more specific career paths, such as STEM fields. Accusations immediately began to fly after the plan’s publication. Many claimed that the True Commitment would make TU a “glorified trade school.” Others pointed out the hypocrisy in cutting liberal arts and humanities programs as TU prides itself in the broad diversity of its degree programs. Additionally, TU features an impressive performing arts center that was built only eight years ago. Critics of the True Commitment asked how TU could cut multiple music and performing arts programs with their claims of broad academia and a fairly new performing arts center.

Despite the fact that TU administration (perhaps strategically) published the True Commitment plan during April, an infamous time for college students as finals and sleepless nights offer too few moments of downtime, students assembled for a protest and received support from TU alumni over social media. While those on the committee responsible for the True Commitment plan insisted that the discontinued programs only included six percent of TU’s current student body, the outrage that True Commitment caused reveals that the plan affects much more than six percent. Students found flaws in the percentage calculations and felt that they did not have access to the numbers and reasoning behind the plan. This led to questions of the university’s transparency with student interests.

I graduated in TU’s Class of 2019 this year, one month after the True Commitment bomb exploded, with a major in Media Studies, a certificate in International Studies and a minor in Economics. All of these programs lie in the Arts and Sciences department at TU. I understand that TU's leaders make decisions with students' best interests in mind and that the students are their number one priority. However, it is difficult not to feel disappointed when one academic field is prioritized over another. In the larger picture, it is difficult for non-STEM people in general to feel valued in society, even outside of academia. The struggles of humanities and arts in universities is a reflection of society as a whole. Even the buildings on TU’s campus reflect what is valued and what is not when you look at the "fanciness" (for lack of a better term) of each academic department's building. Grade schools are pushing for STEM programs over art classes as well. Funding for arts programs in grade schools have received attention as supporters of the arts stress the importance for creative outlets in primary and secondary education. These arguments have now shifted toward university education.

TU’s changes reveal an uncertain future for American higher education institutions and raise questions about how society feels about art. Is it still valued? Obviously it is given that forms of entertainment such as music and film are involved in the daily lives of people all over the world. How would Hollywood exist without the arts? So why remove the arts from universities? Money is the only answer to the latter question. Multiple institutions of higher education in the US have gone bankrupt and the Harvard Business School claims that more will see the same fate within the next two decades. TU has had losses as well. The True Commitment plan is trying to prepare for the future before it hits TU. However, students and alumni feel that there are others ways by which a university can save money: cutting dismal athletic programs. While a Division One athletics program is a draw for prospective students, TU loses money by keeping it. Even football does not generate profit or excitement from Tulsans or from students.

As students and professionals of the humanities and the liberal arts struggle to feel valued in society through the job market and now through universities, the famous quote so eloquently delivered by Robin Williams in his role as John Keating in Dead Poets Society offers validation and motivation: “Medicine, law, business, engineering, these are noble pursuits and necessary to sustain life. But poetry, beauty, romance, love, these are what we stay alive for.” Cutting programs in the arts would be an attack on the outlets for human passions. We cannot enjoy and celebrate human creativity without the arts.